Filling a front office void: Can SGE replace their two most valuable members? 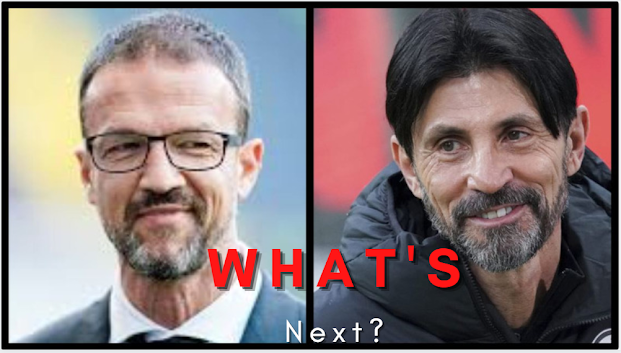 Bruno Hübner arrived in 2011 as Sporting Director after a successful stint at Duisburg.  Eintracht, having just been relegated and going through a season in which the head coach was sacked and his interim went winless over the final seven weeks was looking to shake things up at the top of the Club.  Hubner's prior team, HSV Duisburg, had just made the DFB Pokal Final as a 2nd division side beating top tiers FC. Koln and 1. FC Kaiserslautern along the way.  Although Duisburg had become an elevator club of sorts, Hübner was performing well in his role there.  In a recent interview, Hübner said: "When I came to Eintracht from Duisburg in 2011, I was really looking forward to this task. As a Hessian living in a total Eintracht environment, that's something special. The past few years have been marked by successful cooperation and strong development of Eintracht Frankfurt. It makes me proud to have been able to be a part of this. Above all, I will always remember the fantastic fans and the great atmosphere. At every stage, we were able to rely on them." Hübner masterfully architected the success over the last 5 years with shrewd negotiation and masterfully crafted deals.  Enough credit cannot be given for the very Eintracht friendly "Loan with an option to buy" deals of Amin Younes, Kevin Trapp, Marius Wolf, Ante Rebic, Luka Jovic, Martin Hinteregger, and Andre Silva plus many others. While his colleague received much of the credit recently, Bruno Hübner has always been there working deals. The bargain basement agreements he made to get Makoto Hasebe and Lukas Hradecky in the Schwarz-Weiss. Look at this season, sending Goncalo Paciencia to Schalke on loan (which almost paid Eintracht back for Paciencia transfer fee alone), and piggy backing that move with Schalke by sending Frederik Ronnow for Markus Schubert. He also got Danny Da Costa and Dominik Kohr off the books which helped  wages down during the COVID crisis and in a year without compensation from European competitions.  While others may be responsible for locating the talent, Hubner is the one responsible for getting them into an Eintracht uniform.  Hubner has a reputation as crafty pitch man.  He has been known to meet with a player and immediately go to the nearest gas station for a coffee and a newspaper.  After an hour, he'll call the player back saying he'd thought it over on his drive back, and wanted to turn around and meet back with the player.  Native to Hesse, and a former Wehen Wiesbaden player, nobody new the landscape of Frankfurt better than him.  A big personality from a small club, he jumped at the chance to move to Die Adler and one has to expect that he met all expectations, if not exceeded them.  Reportedly, Hubner made a stand for Niko Kovac and Armin Veh, went to battle for Adi Hütter, and helped the Launische Diva dig out of relegation battles on a cash strapped budget.  Under Hübner, the Diva got a little more relaxed. 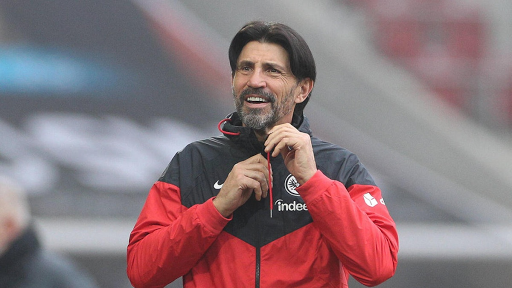 The success of recent years can largely be attributed to him, although he has taken reduced role with the emergence of Bobic and Chief Scout Ben Manga.  The club has been financially and competitively stable and should continue to be for the next coming years.  He has been crafty and thrifty enough to reportedly leave Eintracht in a healthy financial position despite not having fans in the stands.  While Eintracht is in the red, they aren't about to go solvent and had enough money in reserves through the Haller and Jovic deals to make Jovic's return to Frankfurt possible over the winter break.  Hubner is said to be a man that loves projects, that loves to tinker and build, and at 60 years of age he's earned the right to do that from his couch instead of the office at Mörfelder Landstraße 362.  He has tinkered, toyed, gambled, a won with what he's done in Frankfurt.  Hopefully, he remains close enough to help mentor the next Sporting Director in line.

June 1, 2016.  This was the day Fredi Bobic was appointed the Chief Executive Officer of Sport at Eintracht Frankfurt. What Fredi Bobic has done over the last (almost) five years as been transform a rudderless club that has been up and down into a steady mid-table Bundesliga performer, with back to back runs in Europa League and a DFB Pokal final.  And while Bruno Hübner built the foundation for the success that Eintracht has found, Fredi Bobic took it to the next level.  Bobic (accompanied with Ben Manga) have done a masterful job finding underutilized and and undervalued talent.  The list isn't only contained to the players on the pitch, but the managers and trainers beside it. The job he's done on the transfer market (getting these players and selling them on for a good profit) has allowed Eintracht to gradually build it's talent base into a competitive squad that made it to back to back DFB Pokal finals (beating Bayern - THERE'S NO ONE IN THE GOAL!!!), back to back Europa League competitions, and making it to the Europa league semi-finals.  This year, Eintracht currently sets in a Champions league qualifying position and has played toe to toe with the best in the Bundesliga every single week.  Bobic has the Eagles soaring to new heights and progressively moving up

Bobic has transformed the club into one the Eintracht faithful can be proud of.  It's an team that's built in the image of the fanbase, with lots of sizzle combined with hard nosed blue-collar workers. The team is Concerto and Rock N' Roll, it's bankers and construction workers. N'Dicka, Tuta, Rode, Sowe, Hasebe, Hinteregger and Durm are all very talented grunts, who's effort level, grit, and aggression set a nasty tone for anyone lining up on the opposite side.  Even Silva and Kostic are hard charging bulls in attackers clothing.  This team has the ability to do things that weren't imagined when Bobic arrived: compete.  They can compete with Europe's finest every single day of the week.  They have depth, they have talent, they have enforcers and skill players.  This team has speed, and most importantly this team plays for each other.  All of that is a credit to Bobic, who understands the club as well as it's fanbase. Under his tenure, both have grown.  Eintracht's supporters group has swelled to over 100,000 since he took over 5 years ago.  Coupled with President Fisher's message about equality and inclusion, Eintracht has become an attractive club for many both on and off the pitch. Bobic is a known work-a-holic who still gets glowing reviews from the people in Stuttgart and pours himself into his job.  He has a keen eye for talent, and has swindled two separate clubs for Filip Kostic.  The first, bringing him to Stuttgart from FC Groningen, and the second when Eintracht pilfered him from Hamburg. Bobic scrounged up a need for Jovic, whom Eintracht acquired for a $200,000 loan fee and turned into a $65 million dollar transfer.  But possibly the best talent poaching that took place were the signings of Niko Kovac and Adi Hutter. 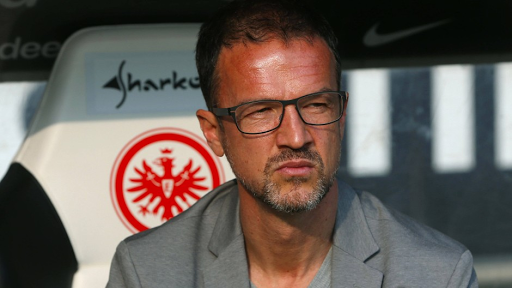 While both of them deserve credit, the real credit goes to the actual Buffalo Herd in the front office.  The hard charging trifecta added to Axel Hellmen have put the Eintracht ship on a proper course. More importantly, hopefully this regime has set up an organization level that can be easily replicated and expanded by their replacements.  The key to the front office in Frankfurt isn't just their talent, but their ability to work in (a word that my Google translation often mistakes for Eintracht.....) harmony.  The rumors have been there about Gelson Fernandes and Christoph Spycher (head of sport at Young Boys Bern) plus a few others.  While Axel Hellmen has vowed that it's not over yet, word has spread about Bobic's possible future destination and his possible replacements.  The question is not necessarily can their successor's replicate what they have done, it's can they continue to expand on it?  Eintracht should be a perennial contender for Europa League.  The size of the city, the size of the fanbase and the supporters group should put them as a top 6 finisher year over year.  It should be the exception to not qualify, not the rule.  Hopefully, whatever happens, Sportgemeinde Eintracht will be in capable hands. Hopefully, the remaining duo of Hellman and Manga keep the machine intact.
Thanks again for reading:
Brian

Posted by Brian Gilchriest at 11:49 AM