It's time to believe. 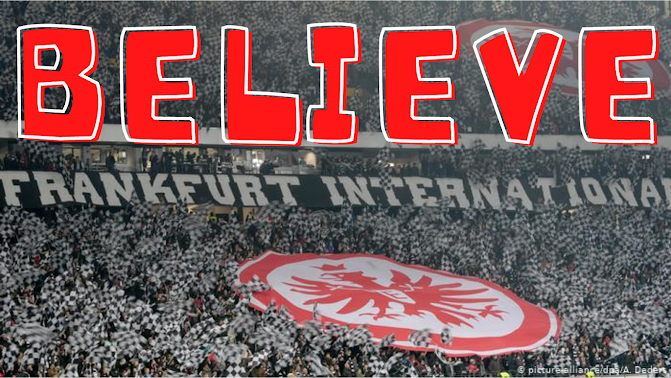 Dear friends and loved ones, tell one tall all, spread the message to the four corners of the globe: The Diva has taken a year off.  She's been scared away by 2020.  She won't be rearing her ugly head this year.  If she does, I have full faith that Andre Silva will kick her headfirst into the back of the net.  Eintracht Frankfurt, nur die S.G.E., Die Adler will be Champions league qualifier this year and there's absolutely no stopping it.  Off the heels of back-to-back wins over Borussia Dortmund and Wolfsburg, they've earned it. With six games left and seven points clear of 5th place Dortmund, it's not a mathematical certainty, but it's a stone-cold lock.  This team is different. 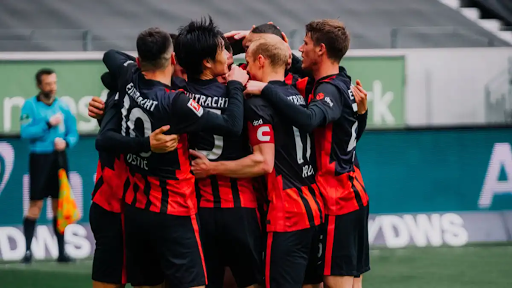 Now....hear me out.  I already see some of you sitting back in uncomfortableness.  I see the protests from the pragmatists through the computer screen.  I see you too my clenched jawed friends, and you too Eye Roller Reader.  I can already hear it: "We've been down this road before"  My answer is......No we haven't.  Not this road, and not this team.  This team, with Champions League on the line, just beat Dortmund and Wolfsburg.  This team has only lost 3 games all season.  This team has picked up at least one point in 13 of their last 14 games.  A team like this we haven't seen since before there was a Champions League, and some of us Eintracht Internationale Members weren't privileged enough to see those teams.  Some of us weren't even born yet. 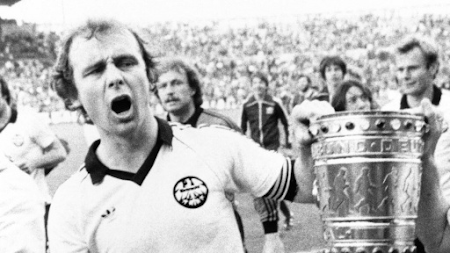 Yes....I'm aware of the long history of this club.  But in 2020 (and the rolling start to 2021), can't we at least have this?  With the turmoil of Bobic and Hubner leaving, and the rumors now swirling about Adi Hutter, this team won't let us down.  It's time for us to believe.
Andre Silva is the best goal scorer we could have asked for, and he's been paired with multiple terrific playmakers (Kostic, Kamada, Younes) a terrific defensive midfield and backline, and the deepest level of talent that has been here in recent memory.  We had so much talent, that we just gave away 4 really good players (Ronnow, Paciencia, Kohr, DaCosta).  We have more talent coming in (Salazar), and we have pretty talented players (Barkok, Chandler, Willems) that are having trouble simply getting on the pitch.  Can I mention how Erik Durm has just quietly and steadily gone out and done his job week in week out?

Is Hutter leaving us for Monchengladbach?  Probably.  Does Bobic see greener pastures in Berlin?  Most definitely.  Will Silva be sold for a guh-zillion Euros, Kamada bring a splash of cash, and Jovic return to Madrid?  Yup, Yup, and Yup.  We can worry about what's next in the offseason.  In this year, we have something we can believe in.  They won't let us down. 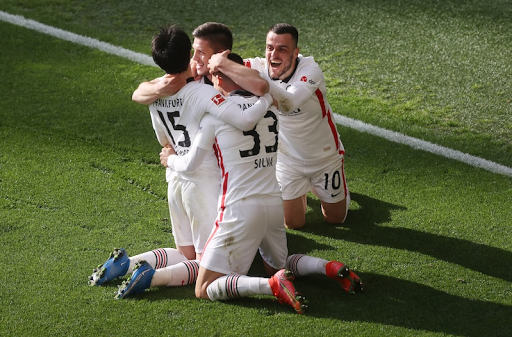 Thanks for reading.
Brian

Posted by Brian Gilchriest at 5:12 PM